Coronavirus in India: Why the Logistics Sector Is Key to Beating It

As India battles a deadly second wave of the coronavirus –and, potentially, a third –we look at the issues that brought us to this situation –and the crucial factors that can help the country out of it

In early 2021, India’s deadly second wave of the coronavirus made headlines as the country broke positive case records on an almost daily basis, particularly following the discovery of the deadlier Delta variant.

In a country of more than 1.3 billion people, who live in both crowded cities and remote villages, the pandemic has presented unique challenges in terms of a vaccination rollout, the logistical hurdles of transporting liquid oxygen as well as the importing of the essential raw materials needed to manufacture its own vaccines.

How it spread: Cities versus villages

In the early stages of the pandemic, positive coronavirus cases were primarily concentrated around urban centres such as Delhi, Bengaluru, Mumbai, Hyderabad, Ahmedabad and Kolkota, explains Nigel D’Souza, Head of Healthcare in India at Aramex. “Most of our metro cities have a lot of business travellers and holidaymakers who arrive to transit to the inner regions of India – people are moving in and out of them on a frequent basis,” he says. More importantly, these areas all have a high population density, in contrast to the villages and more remote areas of India’s interior.

It’s fair to say that people in places such as Mumbai have a different lifestyle to their counterparts in the villages – “It’s like two worlds”, Nigel says – but a large part of these urban populations originally hail from remoter areas. As the main cities shut down during pandemic-induced lockdowns, these migrant workers travelled back to their villages, taking the virus with them.

As a result, the second wave of the pandemic has affected people across a larger swathe of the country.

It happened differently at the start, but over time with the migration of people, we all ended up in more or less a similar scenario. That said, the density of people per square kilometre is far higher in the cities, where positive cases have the potential to scale up far more quickly than in the villages.

While vaccine hesitancy has been a global issue, Nigel says this isn’t the case in India. The Indian government’s Aarogya Setu has played a key role to spread awareness in villages, where people have internet connections and smartphones.

He cites education as a crucial factor combatting vaccine hesitancy in the country as well. “The acceptance level of vaccines has been really high.” He offers the example of a person who comes to his home to help make lunch. Despite not being very highly educated, she and her family went in to get vaccinated the first week they were eligible after being alerted by an SMS.

One of the positive aspects on India’s side in the battle against the pandemic is its status as a vaccine manufacturer. The Serum Institute of India, one of the largest global manufacturers, is based in Pune. Then there’s Bharat Biotech and others that have come forward and been given the approval to manufacture the vaccine. Sputnik is going to be manufactured by Dr Reddys, which is based out of Hyderabad, while Biological E is conducting third-phase clinical trials on Corbevax.

Currently, only those 45 and older are being offered the shots. Another hurdle facing mass vaccinations is the availability of raw materials required to manufacture vaccines. However, he adds that the government is playing its part in easing import restrictions and costs on these vital materials.

From early January 2021, the worldwide media was rife with stories about severe oxygen shortages in the country, with social media posts by relatives of Covid-19 sufferers requesting oxygen going viral.

These stories often missed out on some vital context. “First, no one could predict that we would need oxygen at the scale we have needed it.”

He points to the publically available data on medical oxygen in India, which, pre-pandemic, had a daily requirement of 700 tonnes – an amount the country had the capacity to handle, he says. “The first wave saw this figure jump to 3,000 tonnes. The second took it to 8,000 – an exponential increase.”

To deal with this spike in demand, the government has been busy setting up oxygen plants. Prior to the pandemic, the country had 33 for handling the country’s ordinary non-pandemic requirement. In April 2021, an additional 59 were set up, with 80 more built in May. All in all, 160 oxygen plants were constructed in less than 60 days.

At the moment, he says, the need for oxygen is no longer an emergency. Aramex was involved in a lot of requests that came in at the earlier part of the quarter for lack of oxygen. “We brought in a lot of oxygen concentrators from China, Europe and Singapore. A lot of these shipments were moving in through our network by freight.”

Making more oxygen is one thing, but the far bigger challenge is moving it from point A to B. “Medical oxygen is in liquid form and needs to be stored at -183 degrees, which requires specialised containers and carriers.” He contrasts this with the conditions required to store and transport the vaccines available in India, which can be kept at +2 to +8 degrees – the exception being Pfizer, which needs to be stored at -70 degrees.

For cylinder supplies, gases such as oxygen, nitrogen, argon, hydrogen and helium can be readily compressed into high-strength steel or aluminium cylinders capable of withstanding at pressure up to 300 bar.

Aside from the regular passive and active cold chain boxes moving around the country, India is looking at more cutting-edge tech solutions. The Telangana government is currently trialling drones for medicinal deliveries of between 5 and 10kg.

The efficient distribution and administering of these vaccines will be key. Aramex India can play an important role in importing vaccines and the raw materials required to manufacture them domestically, as well as the export of vaccines from India to the rest of the world.

Once certain indicators are met – namely, fewer daily positive cases, a higher percentage of the population being vaccinated at a faster rate and the build-up of a vaccine surplus – the Indian economy will kick back into gear as domestic and international travel and trade routes reopen to pre-coronavirus days.

While the government does its bit by easing restrictions on the import of valuable raw materials needed to manufacture vaccines and spreading awareness, the logistics industry is stepping up with innovative solutions to ensure vital vaccines and oxygen supplies can reach the communities that need them most.

2 replies on “Coronavirus in India: Why the Logistics Sector Is Key to Beating It” 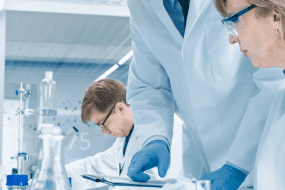 Kitting Up for Clinical Trials 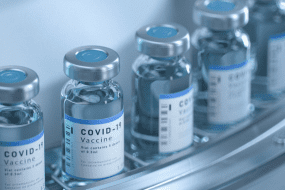 The Prescription of Post-Pandemic Pharmaceutical Priorities 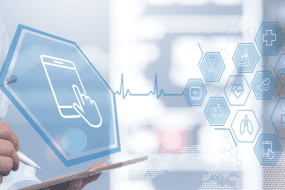 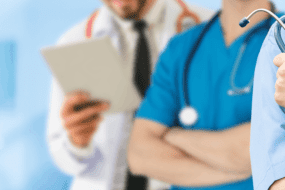 5 Healthcare Trends That Will Revolutionise the Medical Sector in 2021